In the mid 1920s, Deutz started production of the MTH 122, a particularly important model as it was the first Deutz tractor with a diesel engine and the first tractor to be mass-produced at the Deutz plant, which was originally situated in the city of Cologne.

Weighing around three tonnes, this tractor was powered by a diesel engine, which not only made it relatively easy to start compared with machines with hot-bulb engines, but also completely eliminated the risk of fire associated with the latter.

The engine of the MTH was a naturally aspirated single cylinder unit with evaporative cooling. The belt drive pulley was connected to a roller chain driving the wheels.

The belt drive pulley was a very important part of the tractor, as it was usable to power belt-driven stationary machines and implements such as threshers and pumps. 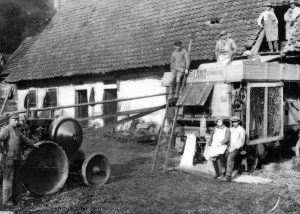 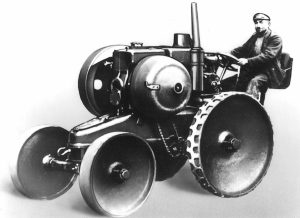 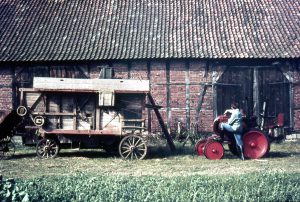 One of these 540 machines is preserved at the DEUTZ-FAHR Museum in Lauingen. This forefather of all the generations of tractors on display at the tractor can be discovered in detail by taking the virtual tour.

Given its age, the historical archive has very little technical and advertising documentation regarding this machine.

Should you happen to have any material concerning the MTH in your possession and be willing to share it with us, please write to the SDF Historical Archives at the e-mail address archiviostorico@sdfgroup.com.