HOUSE ORGANS. The voice of the company

House organs made their first appearance in Italy in the 1920s. Issued by the country’s major businesses, the purpose of these publications was to provide employees with culturally stimulating content, company news and technical information. The years after the second world war were an era of great vitality and popularity for company publications, as testified not only by the best known examples such as “Rivista Pirelli” and the magazine “Civiltà delle Macchine” published by Finmeccanica, but also by lesser known publications produced by smaller companies which, in many cases, represented strategic manufacturing sectors in which Italy excels.

The content of these publications was often written with the contribution of leading intellectuals, poets, artists and authors; important examples of this were articles by Ungaretti, Quasimodo and Gadda for “Civiltà delle Macchine”.

House organs are company newspapers or magazines – periodical publications in their own right distributed in some cases to employees only and in other cases to the general public.

A House organ is the voice of a company, with a tone and a quality of content a cut above a classic brochure or pamphlet, and in which images and illustrations also play key roles in conveying information. 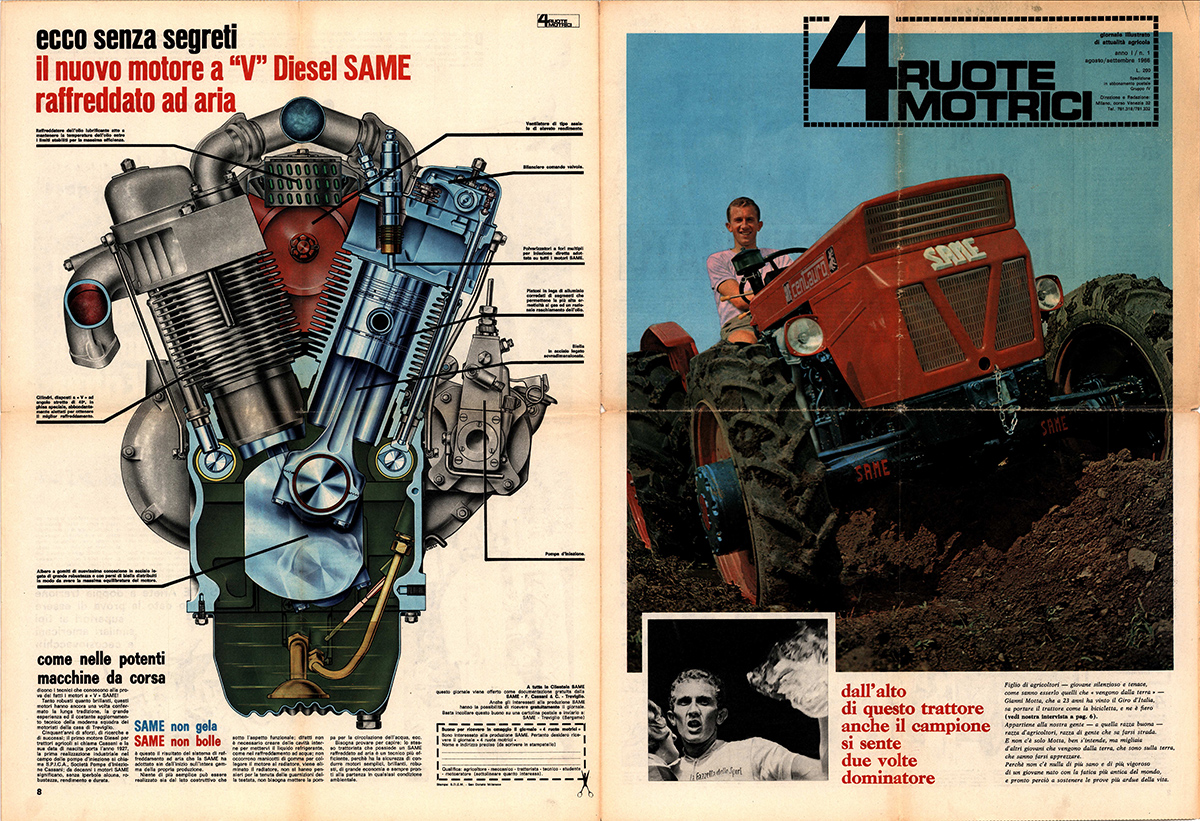 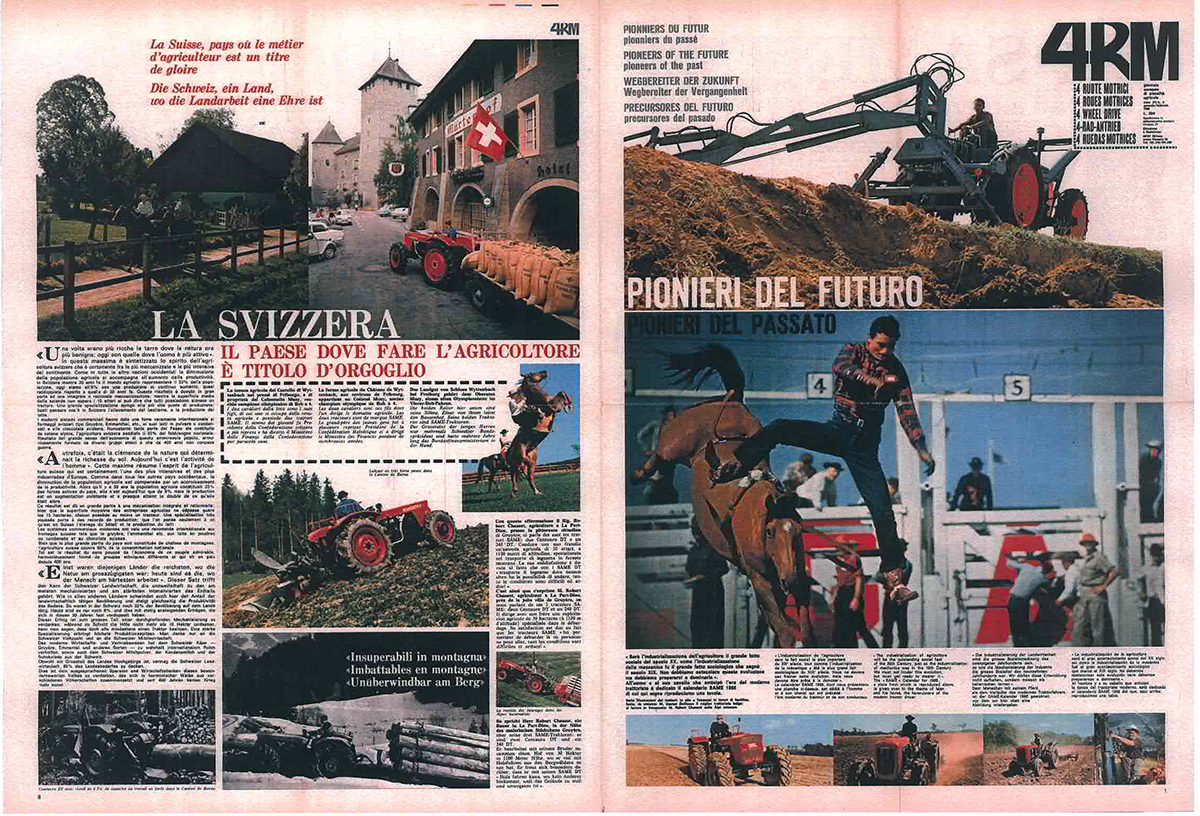 Generally distributed for free to increase readership, the house organ is an excellent tool for promoting awareness of the activities and, on a more general level, the culture of a company. Company newspapers and magazines are also an effective means for addressing specific topics, from the results achieved by the company to new services and products, and from technological innovation to events which can involve not just employees and their families but anyone directly connected with the company, such as suppliers, distributors and dealers. 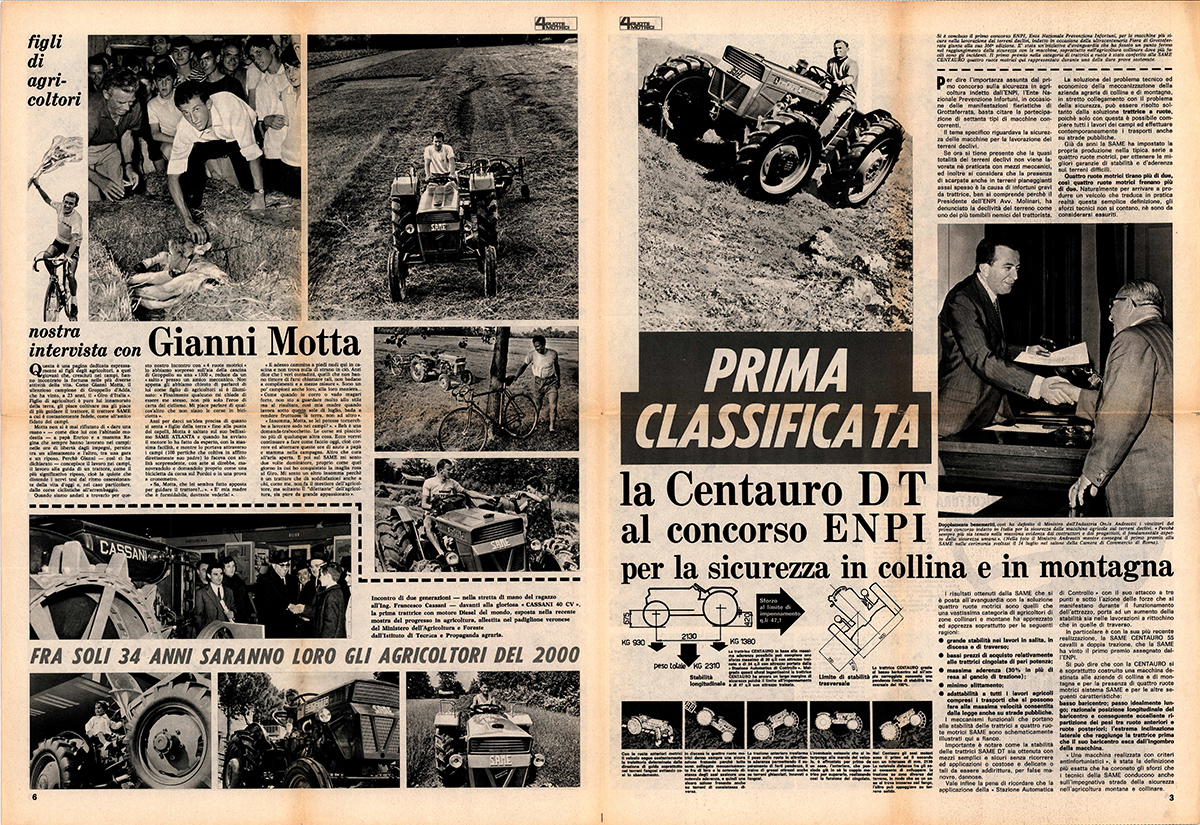 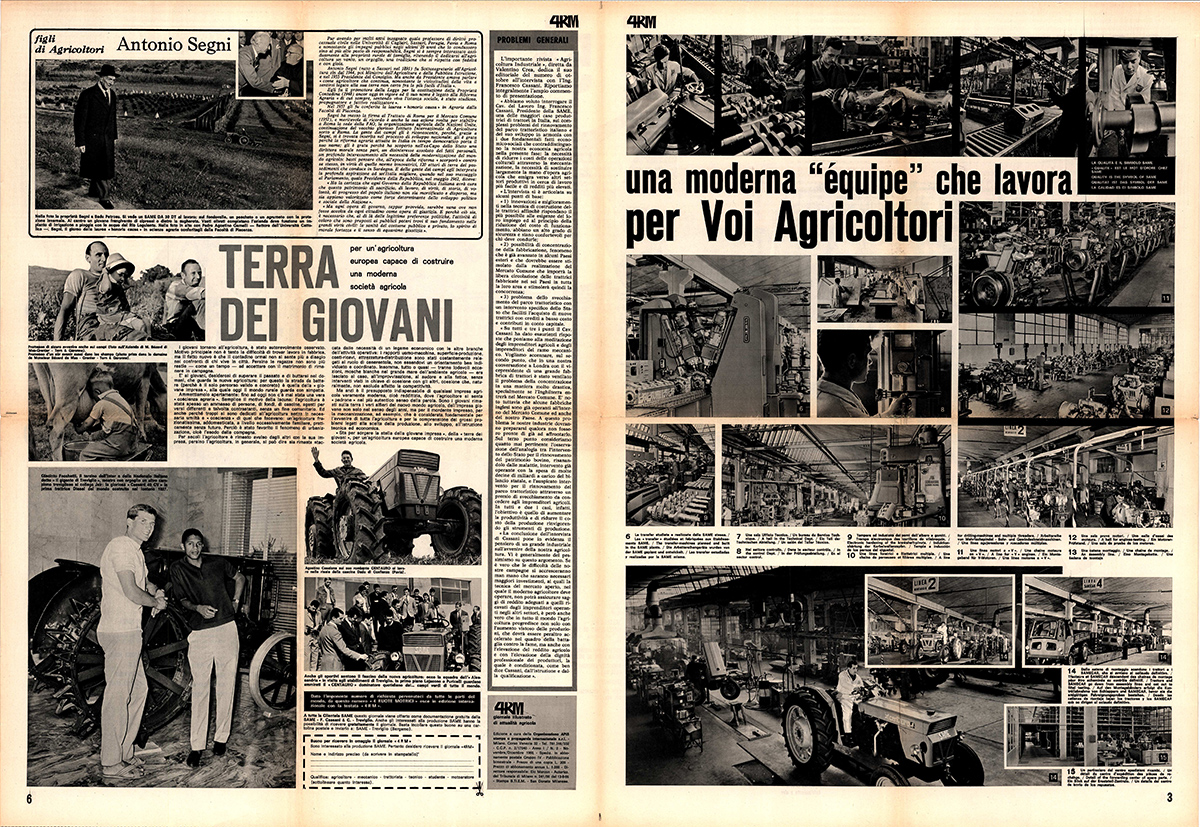 The house organ is also an invaluable resource for research, and as such, it is kept safe for future use in a company’s archives and considered just as important as any other company document.

SAME first published its own company magazine, “SAME Informazioni”, in 1959, with a version in English and French also available with the title “SAME International”. This was a small booklet with colour illustrations destined for the sales network. This appeared on the title page of the first edition: “Through information, in other terms accurate news, certain data and concrete facts, the voice of our company forms the link between the factory and our agents, inspectors and workforce as a whole”.

In 1966, the name changed to “4RM Quattro ruote motrici. Giornale illustrato di attualità agricola” (4WD Four wheel drive. Illustrated news from the agricultural world). It was published up until 2007 with no fixed periodicity, and changed format a number of times throughout its history, starting out as a news sheet and eventually becoming a magazine. The magazine was published in several languages, and in addition to Italian, French, English, German and, later, Dutch versions were also available. Richly illustrated with black and white and colour images, the magazine provided news on new products, the upcoming launch of new tractors, expos and trade fairs, awards and accolades, important visitors to the Treviglio plant and the inauguration of new sales branches. The magazine also contained articles on the agricultural world and mechanised farming, and dedicated generous space – usually in the centre pages – to strictly technical documentation, with exploded illustrations of tractors, tractor components and innovative technological solutions. 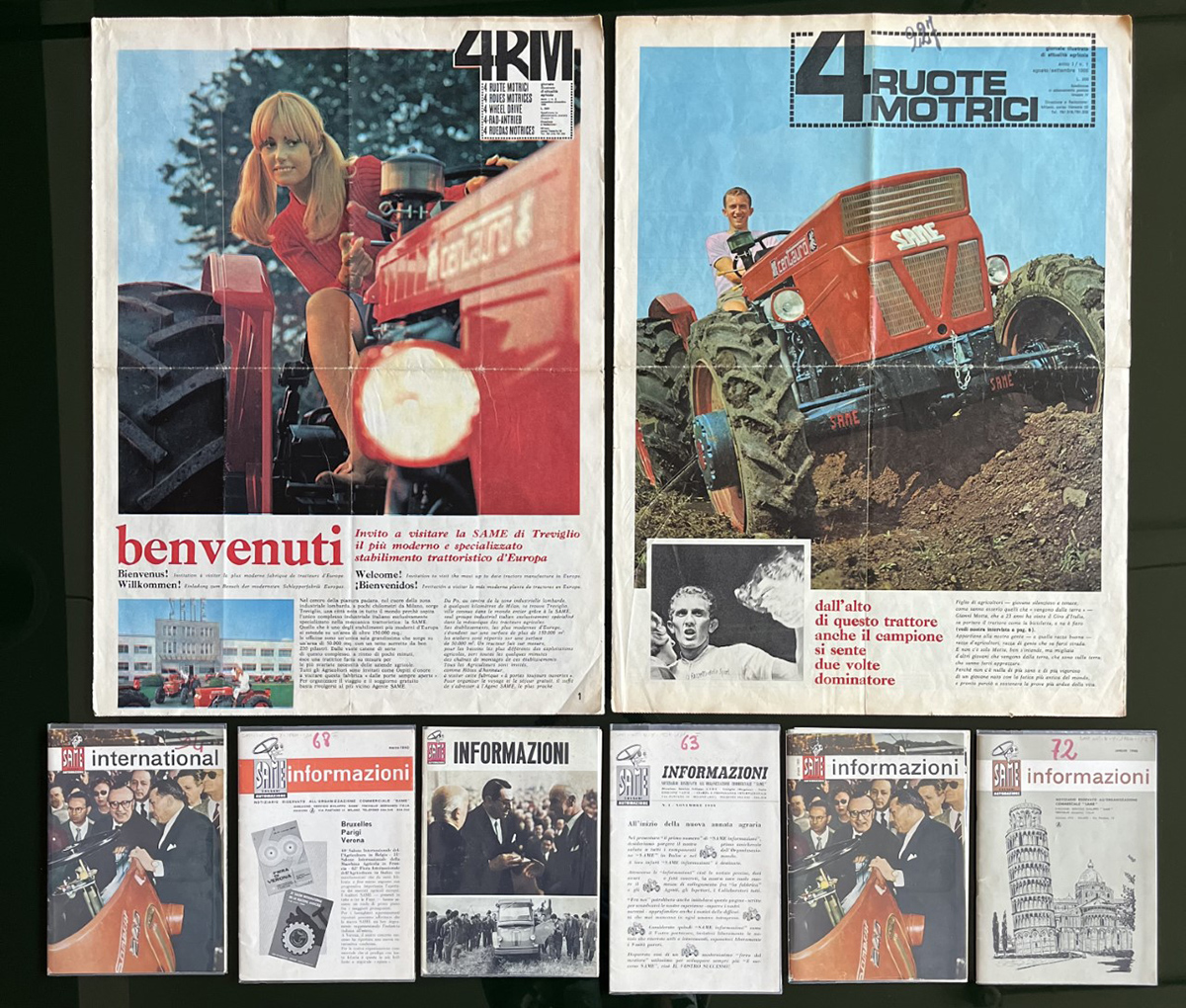 Issue number V of July/August 1967, presented here, gives you an idea of what the magazine was like. On the first page, the evocative title “Replace tanks with tractors and the desert will bloom”, sums up the tractor’s role as humankind’s potent ally in turning barren land into fertile fields. This is mainly a reference to countries where farming still relies heavily on animal and human motive force, where a constantly growing population calls for a substantial increase in food production in order to survive. No less evocative than the text, the images take us to Africa, where the tractor reigns supreme.

The SDF Historical Archives have gathered, classified and digitalised these precious documents, which are accessible for reading at the following link:
https://archiviostorico.sdfgroup.com/en/catalog/?brand_id=646&category_id=762&title=&from=&to=