The SAME CENTAURO. An arrow in the fields

During the second half of the 1960s, the three variants of the Centauro (55, 60 and 65 HP) were key in the international expansion of SAME. It was the beginning of an era of incredible commercial success for the company, with annual production growing to over 17,000 units in just six years (from 1966 to 1972). These sales were not just in Italy but also in France and, beyond Europe, Africa (Libya and Ethiopia in particular), as one can clearly deduce by leafing through the pages of the House Organ 4RM of 1967.

The evocatively named Centauro was instrumental in this period of remarkable growth for SAME. By now, the hand-crafted production methods of the company’s early years had given way to industrial manufacturing processes. At the start of the 1970s, the company had a workforce of 770 persons and a range of over 20 different models from 20 to 100 horsepower, and 20,000 tractors rolled off the assembly lines every year. 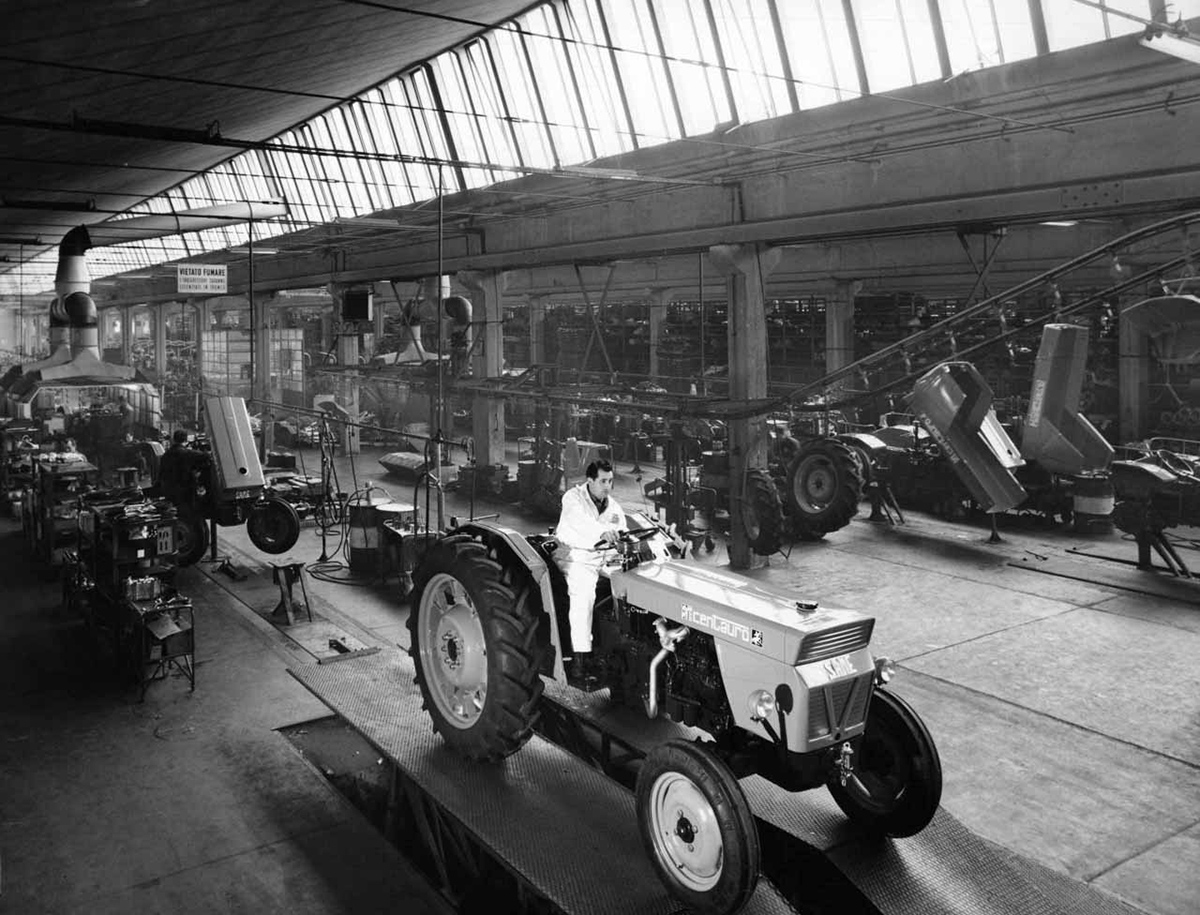 The centaur symbol flaunted proudly on the hood embodies the union between the intelligence of man and the strength of the horse. Not even the tiniest detail, including the choice of name, was left to chance in the development of this next generation tractor, which would become a favourite of farmers in its day and a treasured collector’s item today. 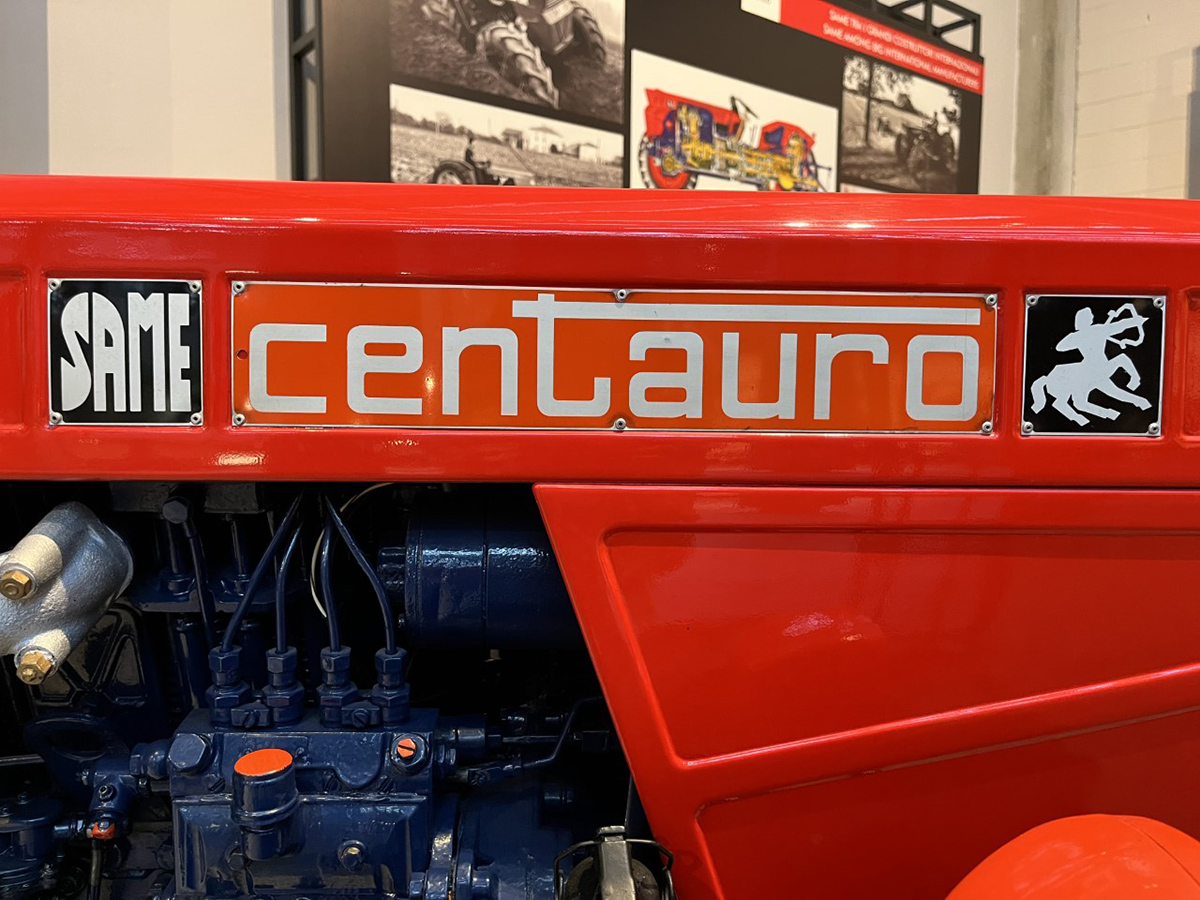 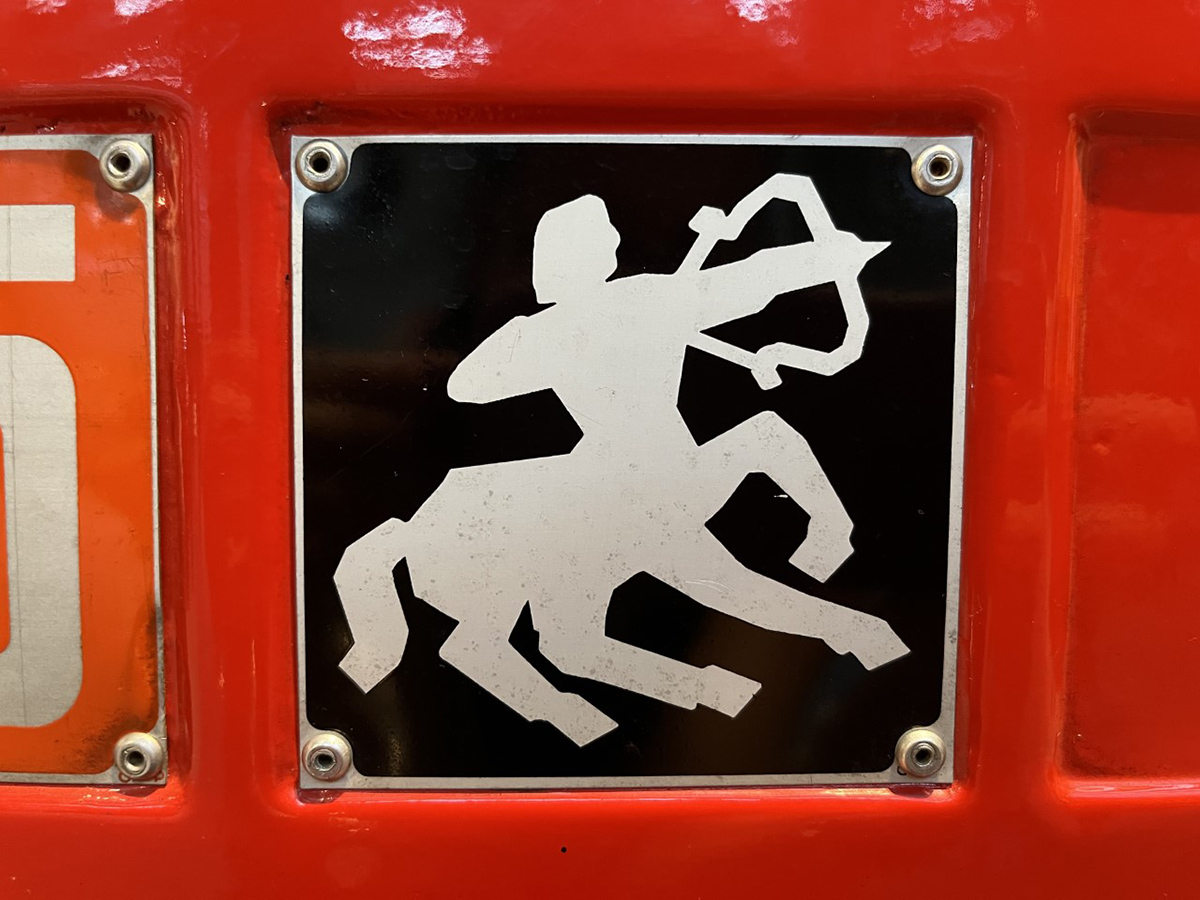 But let’s take a look at some of the unique characteristics of this tractor.

At first glance, looking at the model on display in the SAME Museum, you can see its particularly low centre of gravity which, together with the short wheelbase, offered extraordinary agility, especially when working in hilly terrain. Leafing through the pages of the promotional catalogue kept in the Historical Archives, we come across the following: “just sit behind the wheel and you’ll appreciate all the innovative features of this tractor, the new form-hugging seat with armrests, the more rational, intuitive controls and the generous new instrumentation on the dashboard”. 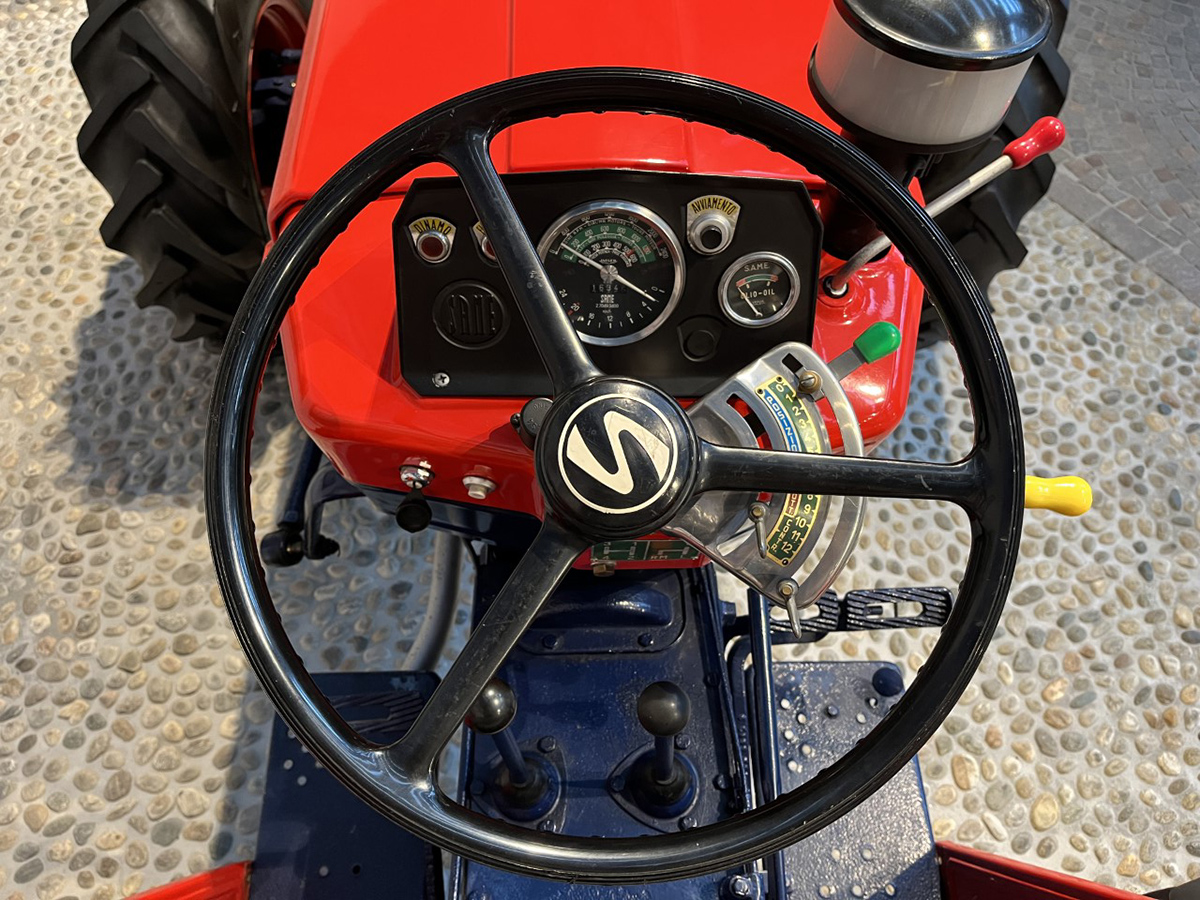 Now let’s open the hood and take a detailed look at the mechanicals: here you can see the air-cooled engine (a hallmark SAME solution) with a “V” cylinder layout for extreme compactness. From the mechanic’s perspective, underneath the tractor, we can see the SAME four wheel drive system with a coaxial shaft integrated in the under-chassis. This is essentially a single shaft leading from the transmission to the front axle with no universal joints or angles; making the tractor less prone to breakdown, slippage and loss of control. Intelligent solutions abound in every detail: for example the particularly compact front differential, combined with the epicyclic final drive units integrated in the wheel hubs, allowed the tractor to tackle even the roughest terrain conditions with ease.

The Centauro was described as a “veritable mechanical brain”, as – with both rear and a mid-mounted PTOs, a multitude of attachment points for any possible implement and a lifting capacity of over 1.4 tonnes – it offered a smart solution to the needs of any task.

The list could go on, but we’ll let you discover the rest for yourself by coming to see us at the museum in Treviglio, where, in addition to the Centauro, many other innovative SAME machines are also on display.