Forged in the workshop of their father Paolo, Francesco and Eugenio Cassani’s great passion for mechanical engineering soon transformed into competence and results. And one of the most significant of these results was the application of the diesel engine – which was much more economical and better suited to the role than a petrol engine – in an agricultural tractor: the 1927 Trattrice Cassani.

An initial prototype run of around fifteen examples of the Trattrice was built, some of which were bought by farming concerns throughout Italy (in Bologna, Foggia and Padua), which put the machine to the test with a variety of different crops and in different terrain conditions. The final work to perfect the Trattrice Cassani was carried out with painstaking attention to detail in preparation for the upcoming competition to design “Italy’s agricultural tractor” organised by the Ministry of Agriculture, in which Cassani beat established Italian constructors such as Fiat, Motomeccanica and Landini.

This win was both a victory and a headache for Francesco and Eugenio, however, as a dedicated production plant would be needed to construct the tractor on an industrial scale, complete with all the necessary assembly lines and specialised personnel. This meant finding an existing company with all of these characteristics.

After turning down a proposal from Breda, the brothers opted for the Bologna-based company “Gaetano Barbieri & Co”, which was specialised in the construction of large industrial refrigerators. However, the 1929 Wall Street stock market crash and the consequent global depression dealt a severe blow to Barbieri from which it never recovered, and the company folded, bringing serial production of the Trattrice Cassani to an end.

But despite this major setback, Francesco and Eugenio refused give up, and just a few years later, in December 1942 – in the midst of the Second World War – they founded SAME (Società Accomandita Motori Endotermici). 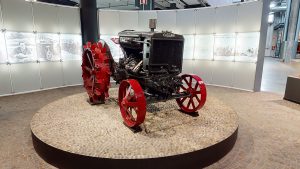 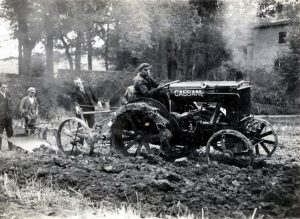 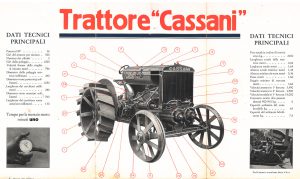 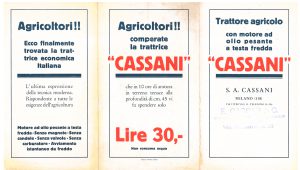 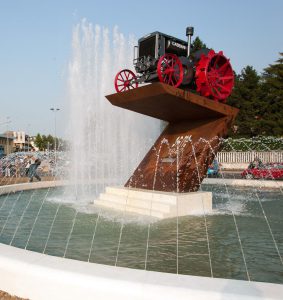